You may have not reached the most recent post -- use the above link to go to there -- for all others, scroll & surf, or see Archives below. 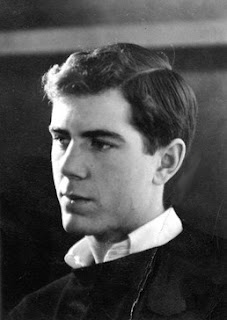 “Michael Smith is coming!” -- uttered with either dread or delight, gasped words announcing the anticipated attendance of the most revered, feared and influential theater critic of Off-Broadway of the 60s and early 70s could send a shudder through actor, director and playwright alike.

A tall, handsome fellow, the smiling and somewhat enigmatic Smith entered a space that dared pause only as much time as it took for him to look comfortable and turn his gaze to the stage.

Smith was to Off-Broadway and Off-Off-Broadway what the New York Times was to the times -- a reviewer whose remarks were incisive and possessed indelible respect whether they damned or praised.

Also involved in theater as a director and other aspects, Smith was highly instrumental in the rise of the Off-Off-Broadway movement with little more than a pen, which it is said is mightier than the sword.